What the critics say... 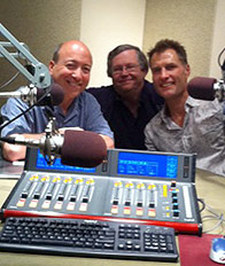 KVOD Radio in Denver
William Terwilliger’s coloratura violin in “Glitter and be gay”, coming complete with bungee-jumping glissandos and gravity-don’t-bother-me note leaps, is infused with the spirit of Bernstein’s original vocal lines but sounds effortlessly violinistic...Terwilliger’s violin transcription of Bernstein’s 1942 Clarinet Sonata makes a connection I’d previously missed: the circular melodies and wandering-ear harmonies of the opening Grazioso hint at melodic contours Bernstein would explore a decade later in his Serenade (after Plato’s Symposium).
Gramophone

Terwilliger and Cooperstock perform splendidly throughout, and the recording is excellent. a worthy purchase for all fans of Bernstein and of mid-20th century American chamber music.
Music Web International

The Clarinet Sonata is more effective on violin than I expected. In no small part, this is due to Terwilliger’s imaginative playing in which he imitates some of the clarinet’s tonal and coloristic effects by means of harmonics and special bowing techniques such as sul tasto, flautando, and at one point what sounds like sul ponticello.... and the disc can be recommended as a valuable addition to the composer’s chamber-music discography.
Fanfare

Bernstein’s many fans will want to have this album, especially since it offers so many rarities.
American Record Guide

Recommended for Bernstein lovers.
All Music

The first-rate playing throughout by violinist William Terwilliger and pianist Andrew Cooperstock is virtuosic. I can't imagine any other duo playing these pieces any better. Highly recommended.
Amazon

Terwilliger’s arrangement of Bernstein’s clarinet sonata is ironically more idiomatic for the violin than Bernstein’s own violin sonata... it is valuable to have this clarinet sonata in a transcription for violin... violinists deserve to have this excellent arrangement at their disposal.... Terwilliger and Cooperstock form a terrific duo with Opus 2; their program was equally engaging.
New York Concert Review

I loved every minute of this fine release. It’s accomplished, sophisticated, and filled with the sheer joy of music-making. [Souvenirs: Music of Paul Schoenfield]
American Record Guide

Only a great performance can convince a listener that a new piece is worth hearing. You did it.
Paul Schoenfield

It would be hard to imagine finer performances of these works. [Aaron Copland: The Complete Works for Violin and Piano]
American Record Guide

The playing is splendid. Opus Two is widely acclaimed for its tone, style, and polish.
Strings Magazine 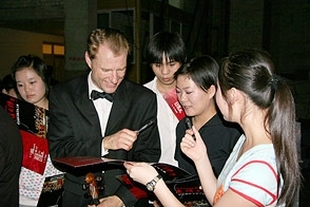 Their ensemble bears witness to their long collaboration in its unanimity of style and spirit, its exemplary balance and close rapport. Technically, they have complete command of their instruments. Terwilliger’s tone is remarkably pure, resonant, even and full, with a lovely radiance in the high register... Cooperstock’s control of touch and dynamics enables him to give substance to Copland’s often very sparse writing, to blend or contrast with the violin sound... [Re: Opus Two’s Copland recording for Azica Records] the playing is splendid, the sound excellent.
Edith Eisler

An excellent duo. They clearly have a strong affinity and understanding for this music; they have performed it widely and have made an excellent recording on Azica Records. Their instrumental command, ensemble, and balance are admirable.
Strings Magazine

Violinist William Terwilliger played with supreme tenderness and finely judged control and was partnered with assurance and sensitivity by Andrew Cooperstock. Two early preludes, full of abject Romanticism, were beautifully drawn, while the demanding 1943 Sonata was brilliantly coloured and intense. The late Duo was equally fine, lyrical and affecting. Copland’s lithe and virtuosic arrangements from Billy the Kid and Rodeo brought the concert to a boisterous close, Terwilliger playing with nimble-fingered flair.
The Strad

A superior caliber of craftsmanship... The [dance] episodes displayed compelling rhythmic force and were performed colorfully by the artists... Graceful musicianship.
The Post and Courier  (Charleston, SC)

These musicians do a wonderful job of expressing themselves, enjoying the opportunity to make sounds that are truly beautiful and communicating with one another through the music. [Chamber Music of Lowell Liebermann]
American Record Guide 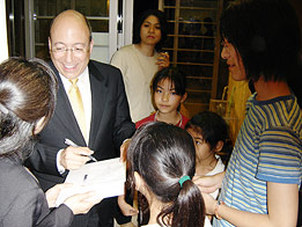 The playing of William Terwilliger and Andrew Cooperstock was impeccable throughout.
Townsville Bulletin  (Australia)

Terwilliger and Cooperstock offer utterly compelling performances of Copland’s music for violin and piano, full of tenderness and sensitivity in slower passages, and vigor and buoyancy in faster ones. They are equally at home with the early romantic preludes of 1919 and 1921 as they are with the jazziness of the Two Pieces (1926), the eloquent nobility of the Sonata (1943), and the nostalgia and wit of the Duo (1977).
Howard Pollack, author of Aaron Copland: The Life and Work of an Uncommon Man

This playing is a partnership of a high order. The recording quality is excellent, well balanced and clean and captures well the detail of these elegant performances.
The State  (Columbia, SC)

...an excellent disc. From the light-hearted music of the ballets, Rodeo and Billy the Kid, to the serious Violin Sonata, this American duo are totally inside the music. The virtuoso passages possess enviable brilliance. It is the only disc to offer all of Copland’s violin music, and the sound quality is very good.
The Yorkshire Post  (U.K.)